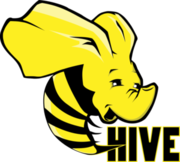 Hive XML SerDe is an XML processing library based on Hive  SerDe  (serializer / deserializer) framework. It relies on XmlInputFormat from Apache Mahout project to shred the input file into XML fragments based on specific start and end tags. You can find more about XmlInputFormat in “Hadoop in Practice”.

END_OF_DOCUMENT_TOKEN_TO_BE_REPLACED

This is the continuation of my earlier posting,  Swagger For the REST of Us. Here,  I will cover Springfox integration with my REST Hello World project. Though Springfox supports both 1.2 and 2.0 versions of the Swagger specification, I will stick to Swagger 2.0 specification.

END_OF_DOCUMENT_TOKEN_TO_BE_REPLACED

Swagger for the REST of Us

In the last few years, RESTful web services have become as ubiquitous as SOAP in the early 2000s. You look anywhere in the tech community, you will notice someone somewhere is either talking or doing something with REST APIs or microservices. In spite of its immense popularity, REST lacks any type of standard other than a few guiding principles. REST doesn’t have anything similar to Web Service Definition Language (WSDL). WSDL is used for describing SOAP operations, messages, and also for generating client code.

END_OF_DOCUMENT_TOKEN_TO_BE_REPLACED

Most developers don’t think of errors and exception handling while designing a REST API. However it is very critical from your API user perspective as the whole logic inside your API code is black boxed from them. If your API returns an error, the API user should be able to make sense of it so as to take any corrective action. If you want your API to be intuitive and useful, you should adhere to following rules:

END_OF_DOCUMENT_TOKEN_TO_BE_REPLACED

If you are in IT field, you must have come across the term Docker. Docker is still very new and gained traction in the last year or so.  So, what is Docker? Docker is a open-source platform that allows you to run your application image in a virtual environment. There are two parts to Docker - image and container. An image is a file that contains a stripped down version of Linux OS along with your application and all its dependencies. While container is a running instance of an image. The Docker Engine provides the technology to create the image for your software and also to run and manage the container. You can find more about Docker here.