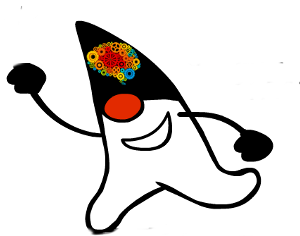 Memories of a Java Runtime

It’s been a while since I wrote anything about Java Virtual Machine (JVM). I have been using Java for quite some time, yet my understanding of the inner workings of JVM seems to fade if I don’t refresh it once in a while. This posting is an attempt to renew my memories while trying to add something new. I plan to post a series of articles exploring different aspects of JVM.

The Java memory seems to be the part which trips most folks. What better way to start than exploring the JVM’s runtime memory? The JVM runtime memory can be broadly classified into two groups: common memory areas and exclusive areas. The common memory areas are created during JVM startup and shared across all threads. They are destroyed during JVM exit.

Exclusive areas are created during new thread instantiations. A thread specific area is only accessible by the thread responsible for its creation. It’s destroyed during the thread exits. Figure 1 shows different groups of JVM runtime memory. 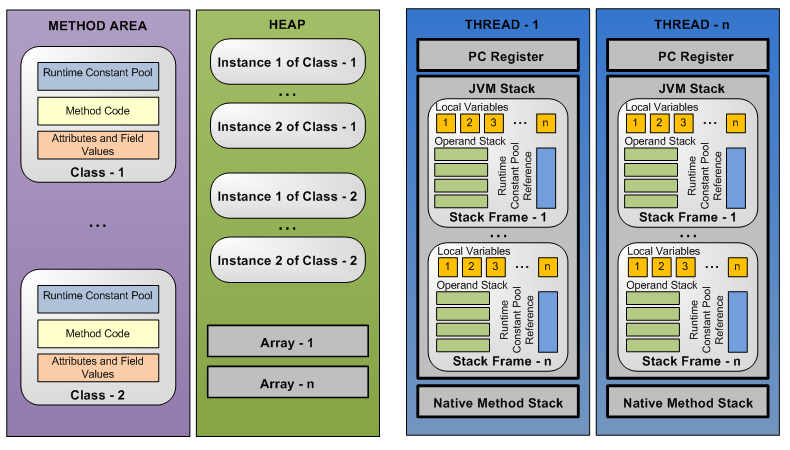 A method area can be part of a heap. It’s created during runtime and available to all threads. Its size can be fixed or changed dynamically. Providing a garbage collection mechanism for the method area is optional. A JVM throws a OutofMemoryError if the method area runs out of allocation space.

A heap, shown in Figure 3, is created during JVM startup time and used for storing instances of classes and arrays. The size of a heap can be fixed or dynamic. A heap must provide garbage collection mechanism to reclaim unused space. However, a garbage collection implementation scheme is not specified and it is configurable. A heap area is shared across all threads. A JVM throws an OutofMemoryError if the heap runs out of allocation space.

Every thread has a private JVM stack. A stack is created during a thread startup time and its size can be static or dynamic. A JVM stack is used for storing stack frames as shown in Figure 4. A new stack frame is created and pushed into a thread stack every time a method is invoked. A frame is popped when a method returns. Though there may be multiple frames on a stack from nested method calls, only one frame is active at a given time for a thread. 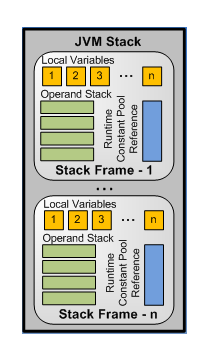 A JVM throws a StackOverflowError when a thread needs a stack area larger than permitted or memory available. If a JVM stack is dynamically allocated, a JVM may throw an OutofMemoryError if insufficient memory is available to meet stack size increase request. It may also throw a OutofMemoryError if insufficient memory is available during initial stack allocation.

A new stack frame is allocated and pushed into a JVM stack every time a method is invoked. A frame is popped from the stack and destroyed upon the completion of method invocation irrespective of whether the completion is normal or abrupt (uncaught exception). As shown in Figure 5, each frame has its own operand stack, an array of local variables, and a reference to the runtime constant pool.

Each thread has its own pc (program counter) register. If the method is nonnative, a pc register points to the address of the JVM instruction currently being executed by the thread. The content of a PC register is not defined for a native method.

A native method gets its own stack called C-Stack.

In my future postings, I plan to address Java memory model and its management.