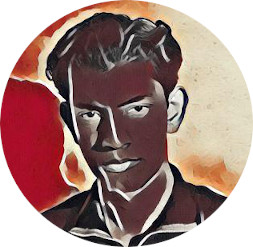 Growing up in Calcutta, Satyajit Ray, the famous Indian movie director, had a silent presence in my life through his many movies and short stories. Feluda, one of his immortal creations, captured my childhood imagination along with the Belgian teenager, Tintin. Ray’s sketches almost always accompanied his stories. Come to think of it, his sketches were the first thing that attracted me to his writings. His drawings always seemed to capture the essence of the story plot. I wasn’t really surprised to learn that his career as an illustrator began much before his start in movies and writings. He mastered his craft as an illustrator and story teller from his stints at advertising houses.

In April 1943, Ray got his break as a visual artist with the British advertising firm, D. J. Keymer (the present-day Ogilvy and Mather) with a starting salary of 80 (65 + 15) Indian rupees per month (approximately US $26 in early 40’s exchange rate). He landed this job after sitting idle for nearly six months since his sudden departure from Santiniketan. Ray went to Santiniketan to study art and calligraphy after completing his undergraduate studies from the Presidency College. He trained under the tutelage of Nandalal Bose, one of the pioneers of the Bengal School of Art. Initially, I wasn’t sure why he left Santiniketan before completing his training except I read somewhere that he wanted to support his mother financially. Later upon reading his memoir, My Years with Apu, I came to realize that he had no intention of becoming a painter but rather wanted to pursue his interest in being a commercial artist. 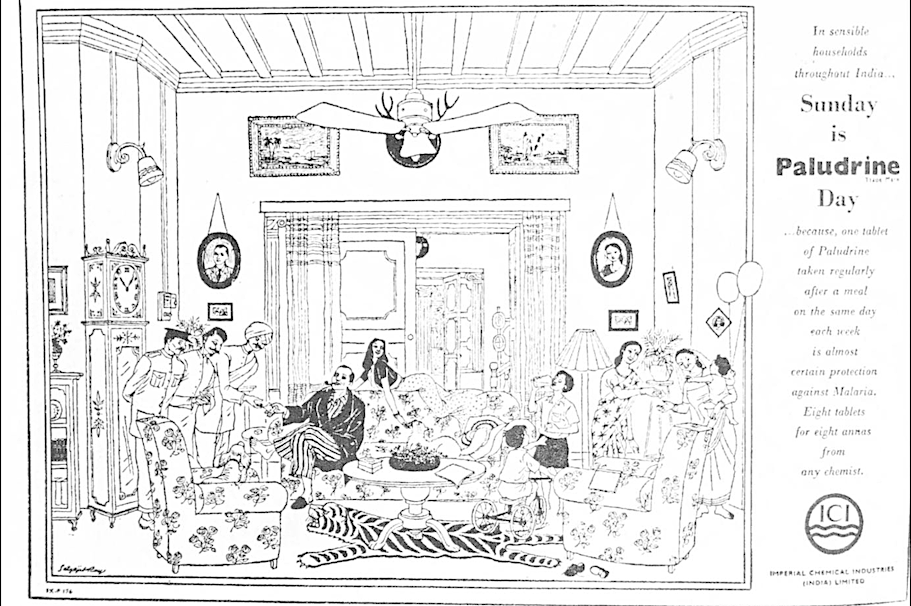 Sunday is Paludrine Day campaign from ICI with a modern family, c., 1949 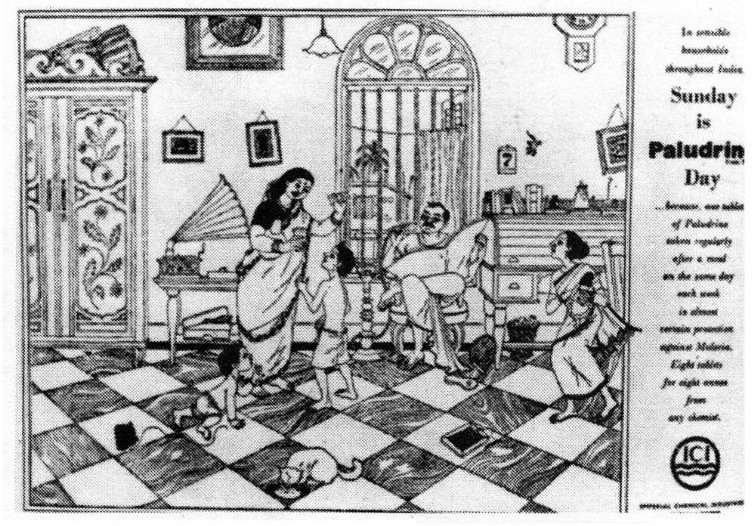 Sunday is Paludrine Day campaign from ICI with a traditional family, c., 1949 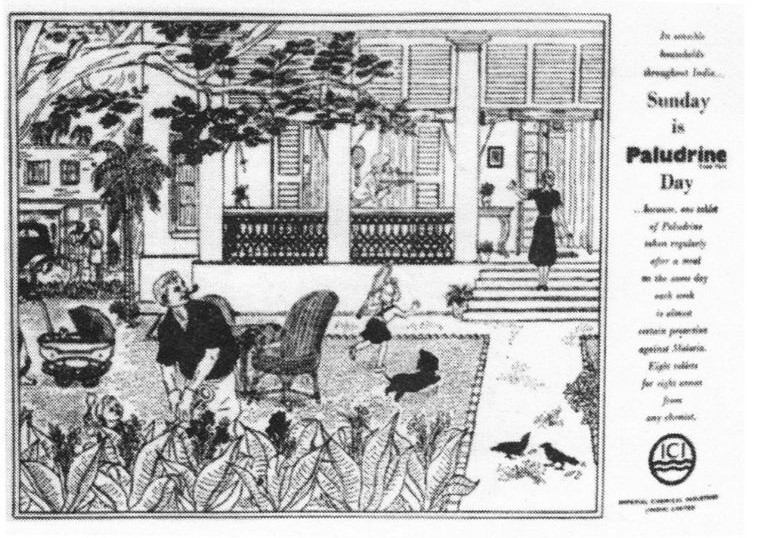 Sunday is Paludrine Day campaign from ICI with a white family, c., 1949
Previous Next

Ray’s time at Keymer was a productive one. He was behind some of the most interesting advertising campaigns from that time. One of his more famous ad campaigns was for Paludrine, an anti-malarial drug, made by Imperial Chemical Industries (ICI). I was only aware of ICI as a paint and chemical company with its Indian head office in Chowringhee. I didn’t have a clue about its pharmaceutical division. Interestingly, the pharmaceutical division was spun off as a new company in the early 90s and the spinoff nowadays goes by the name AstraZeneca - the maker of a COVID-19 vaccine.

Getting back to the Paludrine campaign, I’ve come across three different ads from this series. What stayed with me most about these Sunday newspaper ads were the dramatic nature of Ray’s compositions. They had a narrative prose to them that was more common in his movies. All ads from this campaign depicted daily lives of households on a Sunday morning - family members interacting with each other in a common living space while taking Paludrine. One showed a modern Indian family with a retinue of helpers; the other a more traditional middle class family; and the third a family in a garden setting. If you look closely, you can’t miss Ray’s signature at the bottom left hand corner of the first ad. 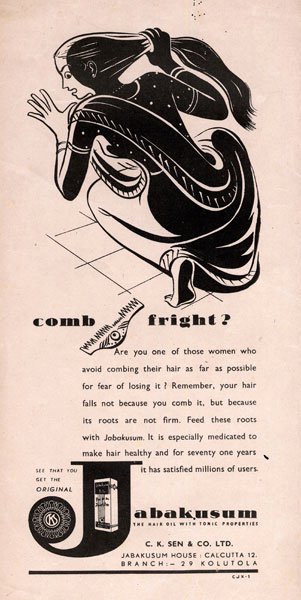 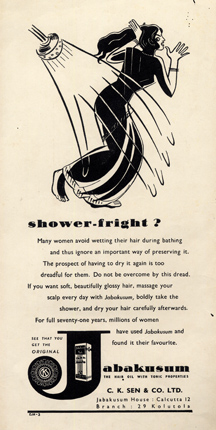 One can notice the influence of Ray’s days at Santiniketan in the brush drawings of Jabakusum hair oil ads. The ads made fun of modern women’s hesitancy to comb hair or take showers in order to prevent hair loss. Similar to Ray’s sketches in his short stories, one gets the underlying message of these ads without even reading the accompanied text. Jabakusum brings back memories of my grandfather using the red scented oil. It came in a red and white packaging with old style illustrations of women putting oil on their hair.

The ad campaign for the Indian Tea Board was more infographic in nature - telling us the five rules for making good tea. Though Ray took part in various other ad campaigns from his time at Keymer, it’s difficult to pinpoint his exact contribution for every single ad since they were the fruition of a collective effort of different members of a team. 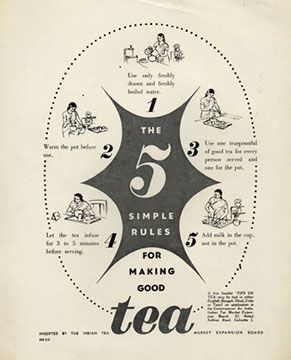 Infographic Ad for Indian Tea Board